The Great 8 Foods to Fuel Any Adventure

You might be reading a lot about athletes who are using a high-fat diet to uncover amazing athletic performance – from Lindsey Vonn to Tim Olson to our own Patrick Sweeney. The “Drop Dead Healthy Plan” you will see me undertake in Cereal Killers Movie evolved organically throughout a two year period of trial, error and omission. That all started back in 2010 when there wasn’t much out there about the benefits of fat adaptation for health or performance. 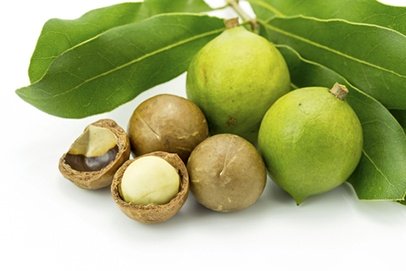 A couple years later, when I dropped in on Sami Inkinen and Patrick Sweeney for the filming of the sequel – Run on Fat – it was pretty clear that these guys were a growing band of elite endurance athletes who had successfully navigated a similar path.

Today, as the legion of fat fuelled athletes continues to grow, Prof Tim Noakes (Lore of Running) firmly advocates that we must each find our own way on this. Whatever your adventure goals might be, fuel counts – a lot. Get it right and the spoils can be a game changer. Get it wrong and you might be talking about what could have been.

So, how did I identify my own “go to” foods?

It really was a case of self-experimentation on a grandiose scale with more than a sprinkling of complete ignorance. At no point did I consult any practicing medical or dietary professional and my personal research was conducted from a standing start.

As a lean, fit (5 times a day) carbo loading, low fat food advocate, I figured the medical fraternity would baulk at my quest to become “drop dead healthy” in order to avoid the heart disease and diabetes prevalent in my family. Medicine as an industry is reactive you see. It is the business of sickness with little regard for pro-active outliers focused on not getting ill in the first place.

“Doctor I want to never get sick.” I asked
“I see. So are you sick at the moment?”
“No, Not at all.” I relplied
“So why are you here then?”
“Because I don’t want to see you again. Ever. No offense.” I answered
“I think you need to relax. I’ll prescribe you some Prozac.” He suggested

You get the picture.

So, as I set out on my journey to drop dead healthy I encountered some radical issues right out of the blocks.

Bread may be bad for you! WTF? Who knew?

Eggs and their yolks are really good for you. Now I was getting confused.

But the biggie for me was FAT. Fat makes you fat, raises your cholesterol and clogs up your arteries, right? Well….no actually. Sure, the right naturally occurring fats will raise your LDL cholesterol (the misunderstood bad guy?)  but they will also improve your LDL particle number (the real bad guy) no end and raise HDL (the very good guy) into the bargain. When you know your way around cholesterol that actually equates to a LOWER risk of heart disease. And no it doesn’t clog up your arteries.

Turns out Rocky Balboa was right as well. There’s no way he beat the crap outta Apollo Creed eating Corn Flakes. Did they even have it back then? Rocky sucked down raw eggs! In the last five years I haven’t found ANY studies into eggs with negative metabolic implications. Turns out the perfect way to start your day increases both your LDL particle size and HDL numbers before you can say amino acids. Yes, the closest thing to the perfect food has lots of those too. So I ate 20-25 per week. Patrick Sweeney our Adventure Guru and world record holder told me when I interviewed him for the movie Run on Fat he eats four to five every morning.

Fortunately there were some easy wins along the way. Oily fish rocks, but we all knew that anyway.  It’s an Omega 3 Olympian! So does Olive Oil. And how about those Avocados? A monounsaturated masterpiece if ever there was one!

There were a few Eureka moments along the way, particularly when my research into the different types of fat and their roles in the body lead me to a sleeping giant.

The mighty macadamia nut is 80% fat, nearly all of it of the monounsaturated variety. It has anti inflammatory qualities we have yet to fully appreciate and the best Omega ratio of all nuts (which are typically heavily skewed towards an Omega 6 imbalance). Roast them for 15 minutes and your life will never be the same again. I ate 1kg per week during the filming of Cereal Killers to prove the point – approximately one third of my calorific intake.

Red meat is a tricky one. Lots of studies apparently link it to heart disease so I took some time to familiarise myself with the various methodologies used to test such dramatic claims before diving in. Fancy terms like Cohort studies, Meta analysis and Causality are all part of the long grass that is medical research. My synopsis is simple. Read the small print! The ability to spin research and results 180 degrees to foster an agenda is a thriving dark art. Turns out someone already spotted this and she has dissected some of the major studies way better than I ever could. Denise Minger take a bow.

The small print in the latest red meat will kill you scare tried to show that meat eaters were more prone to smoke, drink and not take any exercise. Oh yes, they almost forgot to mention that the meat eaters’ risk of overall mortality (a fancy word for death) was actually LOWER than everyone else as well despite all that. But hey, this about heart disease and red meat. Death doesn’t count. Roll the headlines – “Red meat gives you heart disease.” What’s wrong with “Meat eaters live longer?”

So I put 2 kgs of quality red meat on my plate each week for the filming of Cereal Killers to see what would happen. Some, but not all, was 100% grass fed. I learned that grass fed meat has a nutritional profile more comparable to a wild salmon than its feedlot, stand-in-your-own-crap cousin. That really pissed me off. I know some guys (like Patrick) aren’t big fans of eating beef because of the burden on the environment, the water used, and the inefficiency of the animal to feed a population. Those are valid points, but they don’t argue the health benefits of red meat.

Just what have we done?

Which takes me neatly to butter. In a head to head with eggs for the title of THE most vilified foodstuff of the last 40 years, I’d have to give butter the nod. Oh la la! Seems everyone but the French fell for this one. Strangely there are very few fat people in France. Compare the US population post-50 to the Frenchies and you’ll see one is shopping at plus size and the other probably wearing the same dress they wore at University! The French are just so smug, slim, impossibly chic and erm, bottom of the heart disease charts in Europe for a very long time. They were so wrong but oh so right that we even coined a brand new term to account for their dietary stupidity. “The French Paradox” anyone?

It goes something like this. Eat butter, cheese, drink red wine and you’ll be fine. Allez!

Coconut Oil rounds up my Great 8 Fatty Foods very neatly indeed. This natural oil with a very high heat tolerance makes it a great option for cooking while the lauric acid  – a Medium Chain Triglyceride (MCT) – it offers up is turning heads for an ability to positively impact cholesterol markers. A litany of additional benefits the length of your arm includes improved thyroid function and blood sugar control. You’ll be glad to know it doesn’t smell like the Tropicana Casino Resort in Las Vegas or taste like suntan lotion. My morning cuppa would be pretty vile if it did! I call it the C3 by the way. That’s Coffee + Cream + (1 tbsp) Coconut oil. Throw in a few eggs any style and you’ve got yourself a real Cornflake Killer. If you make just one change to your diet, make this your breakfast.

Oh yeah. If you’re a bloke and you’re questioning if this is for you or not, there is something else you should consider. A high fat diet can raise your testosterone. Dramatically. From the age of 40, you’re losing 1% a year. So that matters. Lots. The symptoms of low testosterone read like an old age manual and are best avoided. Let Fat be Thy Medicine boys.

OK. Let’s wrap this all up shall we.

Voila! The Great 8 Fatty foods I turned to for my Cereal Killing food plan and that can fuel your next adventure to a very happy ending!

Donal O’Neill is a former athlete and the Producer of Cereal Killers, Run on Fat and The Big Fat Fix (coming soon)

Don’t forget to check out my speaking site if you are looking for an engaging keynote speaker or if you want more adventure advice try the Hub!